A fusion of context and opportunity is fundamental to the vision for 840 Dupont. The project builds on the unique realization that Dupont Street is an emblematic microcosm of Toronto’s heritage, growth and current coming-of-age. Directly framed by a historic rail corridor, brick industrial buildings and cherished low-rise homes, a distinct and eclectic style driven by the synthesis of these elements emerges. 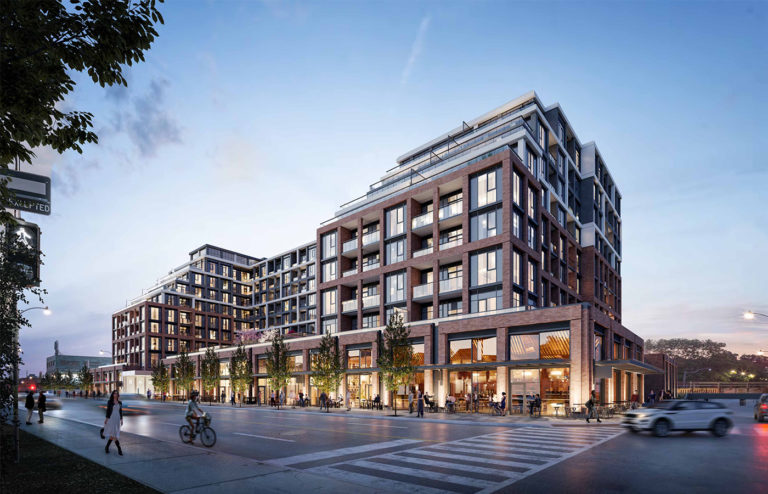 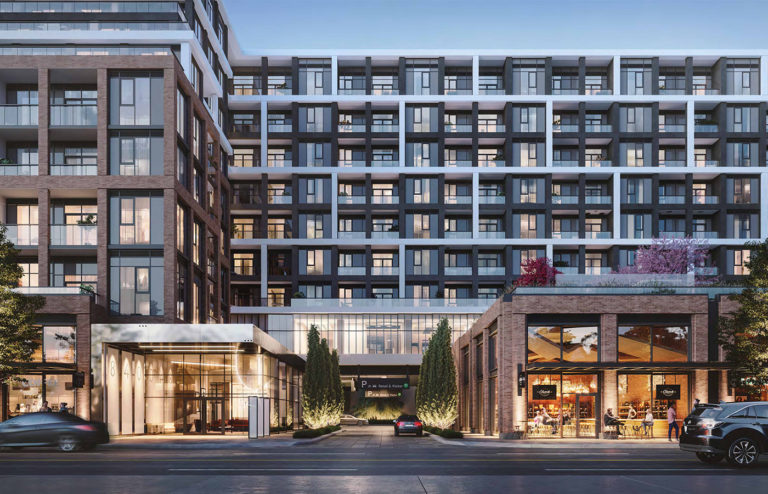 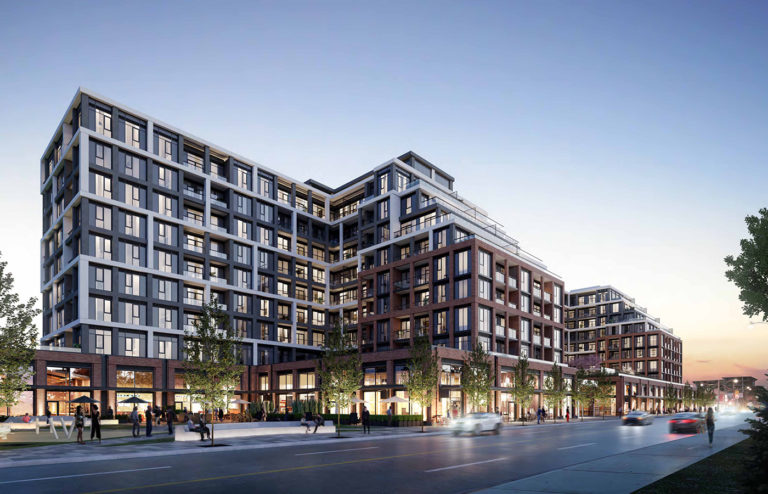 Examining the project site as a blank canvas, the proposed form is based on careful analysis of historically prominent expressions that exist within the area, with particular emphasis on scale and materiality. The contiguity with residential row-houses that directly front the project and multi-storey industrial neighbours created an opportunity for 840 Dupont to bridge the surrounding land uses and finally harmonize their co-existence. The ultimate vision finds a balance between fit and reinvention: it respects the area’s roots while creating opportunity for the street’s continued evolution.

The design vision begins at the ground level with a humanly-scale modulated podium housing a series of portals that continue the rhythm, scale and brick of the family homes it faces. To create a form that resonates with the symbiotic relationship between industrial and residential aesthetics, two nine-storey wings emerge that terrace upwards to the building’s main mass. This stepping approach mediates the overall scale of the site, and ensures the project does not impose itself, but rather reflects the sense of place of its neighbourhood. 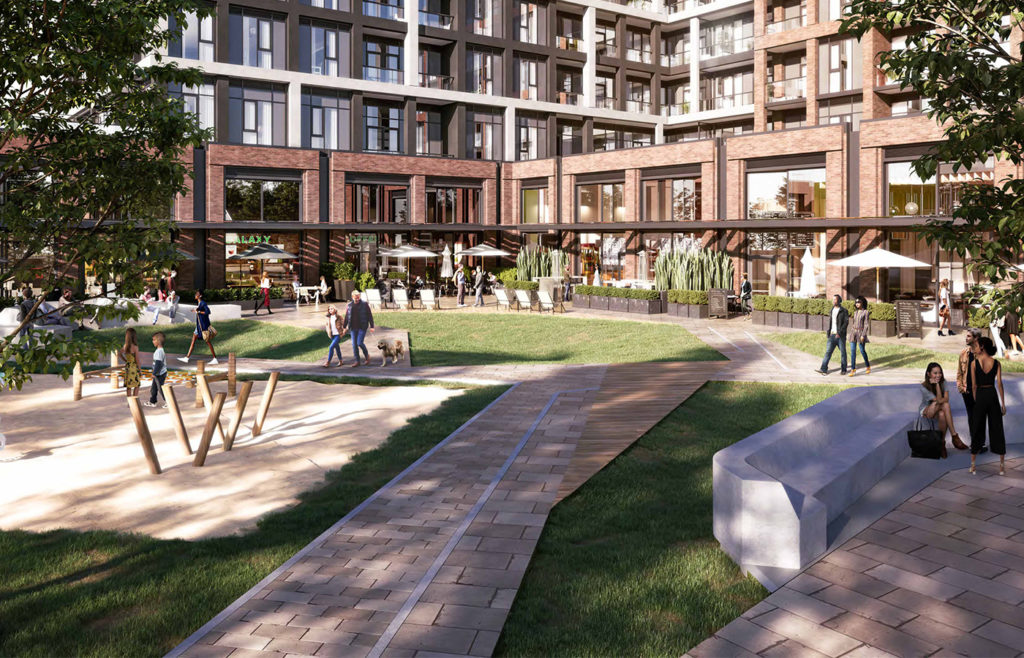 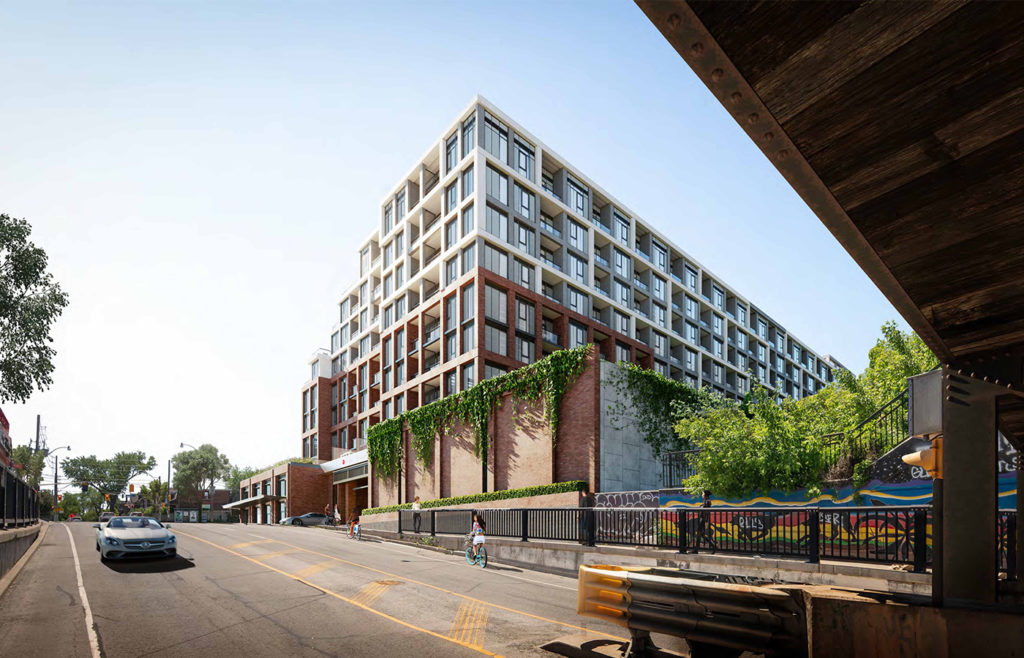